In the Dutch Mountains

In the Dutch Mountains will mark Marco Goecke’s first full-length creation for the company. This NDT 1 programme premieres on February 9.

Turning a costume into athletic wear

Take a look behind the scenes at our costume department!

Welcome to Now here, Now always, the first NDT 2 program of this season, accompanied live by musicians of the Dutch Ballet Orchestra, that highlights three distinctive makers who are offering original perspectives in dance.

Marco Goecke’s The Big Crying is a compelling and personal work that was created for NDT 2 following the passing of Goecke’s father. Highly charged and vulnerable, the work penetrates the space and the bodies of its performers, leaving its audience unmistakably moved by Goecke’s urgent comment on loss and the celebration of being alive.

Alexander Ekman’s critically acclaimed Cacti, created in 2010, is a witty commentary on contemporary art and the role of the critic. Ekman crafts a vibrantly percussive world where the dancers’ expressions embody a human orchestra as a metaphor for the vulnerability of the artist.

With this program, we are delighted to introduce a new face to NDT, Andrew Skeels. Inspired by Johannes Brahms’ Alto Rhapsody and Winter Journey in the Harz by Johann Wolfgang von Goethe, Brocken Spectre, with an original composition by Julien Tarride, is an intimate reflection on grief, transcendence, and the paradox of the human experience.

A heartfelt thank you to our inspired collaborators, the Dutch Ballet Orchestra and the fantastic team at NDT for their hard work, care, and creative courage in realizing this program.

We look forward to seeing you throughout the season. Thank you for joining us. Enjoy!

“Those who know Marco Goecke’s works know that they always have to do with himself and with the time in which they were created. Perhaps The Big Crying is Goecke’s most personal piece, begun in Autumn 2020, shortly after the death of his father. It is a piece about parting and about everything we have to burn, says the choreographer, speaking of bodies that are like broken engines and of costumes that resemble the curtains of a hearse. It is not surprising that his choice of music includes a Death Lullaby; Blood Roses by the American singer Tori Amos whose music – sometimes confusing and not always comprehensible poetry is very close to Goecke’s dance – hits the mark. The fact that this piece nevertheless comes along with the tremendously fiery power of an entire company, fifteen outstanding dancers, is perhaps due to the fact that, despite all transience, the dance and the choreography celebrate the joy of life and the urge to be alive.” — Nadja Kadel

Barry about The Big Crying

“Through ballistic movement and powerful images, we see the underlying truth of grief. Something raw and ugly, grief follows us like a dense cloud. Do we keep moving forward or do we let it consume us? Perhaps it is about dividing ourselves into so many pieces that our grief could never find us whole. Or maybe the mere attempt to escape the inevitable is reality coming to fruition.

Performing this piece requires us to ask this question, to continue attempting an answer, and to learn what it means to hold something so precious. When something so vast and heavy is stacked on top of you, does your flame go out.”

Rui about The Big Crying

“Embracing and departing.
I scream but I feel extremely calm.

My body
My skin
Disintegration inside composition,
Innermost breath.

Intense bursts of humanity and expression spread through the air.

Indulge
in the uncontrollable suffocation.

Taste the darkness
occupy the body; longing burns with desolation, and sorrow.

I feel my soul being pulled by something, and it takes me to a place I don’t know.

The most potent voice with explosiveness and warm interpretations.

Experiencing all the layers of my inspiration (colleagues)
can’t wait to perform this ballet, again and again.”

MUSICIANS
Accompanied live by musicians of the Dutch Ballet Orchestra

“In April 2020, I lost Anne. She was my mentor, teacher, and friend of 25 years.  We had an incredible shared history.  When I lost her it was a shock, it was as if I had lost so much of who I was, so much of what my life meant to me.

A year after her death, I found myself called to listen to Brahms’ Alto Rhapsody, I spent 6 months with the music before beginning to explore the meaning of the lyrics. For the lyrics, Brahms used verses from Goethe’s poem Winter Journey in the Harz, a poem that was inspired by the poet’s ascent of the Brocken in the Harz mountains during the winter of 1777.  The poet ascends the mountain with his grief and isolation as companions, to consult the oracle about his fate, whether he is to live the existence of the unfortunate or the redemption of the loved. Coming through the fog, he is wrapped in golden clouds as he reaches the summit and gazes in gratitude towards the overarching spectacle of nature.

It is by asking the question, and being willing to go all the way through the fog, that his fate is transformed. It is in the asking, not the answering that a question’s answer is revealed. In the paradox and circular nature of the human experience, to fall all the way through sadness is to witness a beauty that can only exist on the back of sadness itself.

There is a chance in despair for transcendence. Loss never really leaves us, but rather becomes a part of us, weaving itself through the tapestry of our spirit. If one can move through grief, gratitude oftentimes lies on the other side; if one can ascend past the mist and fog, the arrival at the summit is oftentimes filled with joy and reverence.

Brocken Spectre is a reflection on my own ascent through grief.” – Andrew Skeels

“Brocken Spectre is a work in which deep sorrow and distress live together with feelings of nostalgia, gratitude and love. These raw, unfiltered emotions are carefully curated into a piece full of soft, organic yet precise movements, contrasted by waves of uncontrollable gestures, mirroring the many faces of grief.

During this process Andrew wanted for us to look deep within ourselves and find those true, often hidden and ignored emotions. I respect Andrew for entrusting us with telling a story that is so vulnerable and close to his heart. I hope we are able to convey it in a way full of sincerity and integrity.”

“A lifeless body, its head wrapped in fabric.
I have been dragging it through a world that too, is wrapped in fabric.
As if dragging it around with me will help bring back to life what once was.
I plow through, unaccepting.
From the collapse into madness that follows, to the realm of intangible remnants, where only memories remain.

It is not my own journey through grief, but I am humbled to help shape a translation with my art.
I give thanks to Andrew.
For his unparalleled optimism and his courage to entrust us with something so personal.”

MUSICIANS
Accompanied live by musicians of the Dutch Ballet Orchestra 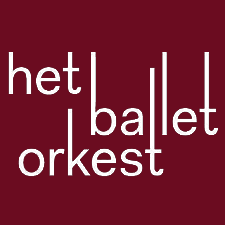 As a choreographer Alexander Ekman is interested in humor and its effect on an audience. What do we consider to be funny? What makes us laugh and why? With Cacti (2010) Ekman amusingly challenges the audience to reflect on modern dance as a higher art form. Sixteen dancers stand, seemingly trapped, on oversized Scrabble tiles. They run, fall, writhe and try to escape their invisible prisons. Eventually they each acquire a cactus. But what does it all mean? Cacti is a gleeful parody of the art form’s greater excesses. A string quartet performs the music by Joseph Haydn, Ludwig van Beethoven and Franz Schubert live on stage, while the dancers become the instruments of the orchestra, resulting in a rhythmical ensemble.

In 2010 Cacti was nominated for a Dutch Swan Award for ‘most impressive dance production’.

“As we emerge from the darkness, she’s as stunning as ever
Just a bit pretentious…

Voices, eyes, and ears allow us to connect
As we build these connective layers, we build the stage we stand on

Our conversations get louder as time passes
But what is the real conversation about?
Cacti, cats, critiques?

Seriously serious, but not…”

“Cacti is an absolute joy to dance and equally as enjoyable to watch. The music is so melodic, energetic and vibrant. The musicians are on stage with us and move around, which is unlike any other piece I have ever performed. They give us the extra push of energy we need in order to explode on stage. When the string quartet plays, we are in constant conversation with the melody. Us dancers are in turn responsible for part of the sounds which makes it a spontaneous and seamless dialogue.

Rehearsing this piece was a lot of fun and gave us the opportunity to really come together as a group and actively listen to each other. As you are watching this piece, I hope you will feel our energetic spirits and be energized. I invite you to lean into your playful side and join us on this exciting journey filled with music and dance.”

View more photos in the gallery